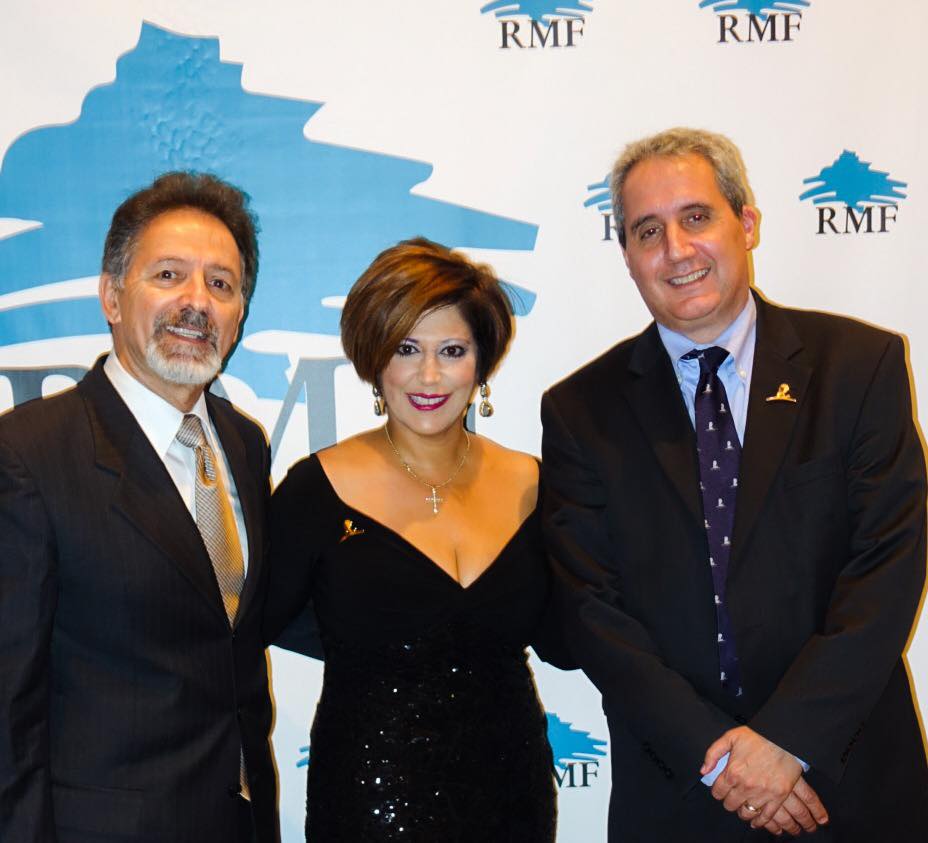 Twenty-Third Annual Benefit Gala for The Children of Lebanon 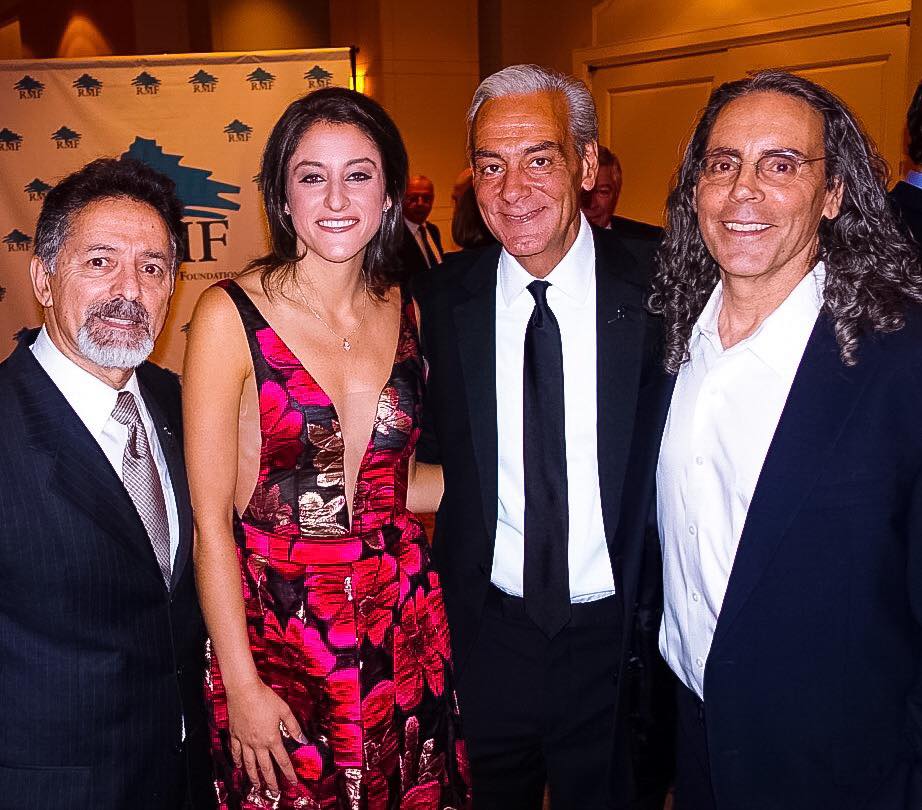 In Search Of Hope
The Awakening of Our Historical Pride!
The Rene Moawad Foundation celebrating its Twenty-Third Annual Benefit Gala – Benefiting The Children of Lebanon.
“Giving Hope… Making a Difference”
The Cedar Trees of Lebanon have taken root in the fertile soil of the USA as first, second and third generation Proud American Lebanese continue to exhibit unrestricted passion, leadership,innovation, creativity, love of country and homeland.
As a individual wearing many different hats as Chairman of the Anthony R. Abraham Foundation, Board member of the Rene Moawad Foundation, Emeritus member of the Board of St. Jude, last night I was Proud to Stand Tall and be counted as our American and Lebanese anthem was song and our Flags were displayed.
The Anthony R. Abraham Foundation was proud to have been a supporter of the Rene Moawad Foundation October 22, 2016 “Giving Hope… Making a Difference” Gala in Washington D.C.
Last night the Washington D. C. supporters attending the RMF Gala we’re able to see and hear first hand the amazing stories of the sacrifices, struggles and success stories of those suffering in Lebanon and hear the stories about the iconic American Lebanese and the monumental gift they gave America and the World “St. Jude Children’s Research Hospital”
I am So Proud of the Super Stars of the Second Generation Lebanese who made an appearance here tonight in support of the Children of Lebanon and the RMF.
I want also to Congratulate our Honoree’s and Presenters and extended our profound gratitude and thanks for your passion , commitment and dedication to your country and homeland of heritage, you make us all proud.
We were so blessed to see first hand the impact of the various generation participating tonight from the rising eighteen year old female singing star, Marianne Khattar, mistress of Ceremonies Ms. Sara Ganim, CNN Corespondent and the Distinguished Life Time Achievement Award recipient, Dr. Andre Choulika, Chairman and CEO and Founder of Cellectis, a bio pharmaceutical company focused on oncology.
The Outstanding Community Service Award was presented to one of our second generation American Lebanese, Mr. Richard C. Shadyac, Jr., President and CEO of ALSAC the fundraising arm of St. Jude Children’s Research Hospital who was presented by another second generation Super star from the same family his international acclaimed Hollywood movie director brother Tom Shadyac, whose block buster movies included ( Ace Ventura: Pet Detective, the Nutty Professor, Liar Liar, Patch Adams,Bruce Almighty…, )
And to top off the evening the international acclaimed fashion designer Mr. Randi Zakhem showcased a breath taking Couturier collection of evening gowns which captivated the audience in giving him a standing ovation.
Tonight showcased the Brilliance, Creativity, Compassion, Heart and Soul of the American Lebanese community and helped enlighten to the world the tremendous contribution’a the American Lebanese community has shared with its adoptive Homeland America and the World.
Thank you H. E. Nayla Moawad, RMF Founder and Honorary Chair for your undaunted commitment for the welfare of the forsaken of Lebanon,
Your late Husband, President of Lebanon stated it correctly :
“There can be no country or dignity without unity of the people, and there can be no unity without agreement, and there can be no agreement without conciliation, and there can be no conciliation without forgiveness and compromise.” – President Rene Moawad
Your work for the forgotten of Lebanon speaks volumes of your appreciation and understanding that there can not be Peace without Love,Compassion, Forgiveness to support a United Lebanon.
GodSpeed!
Thomas Abraham
Chairman
Anthony R. Abraham Foundation 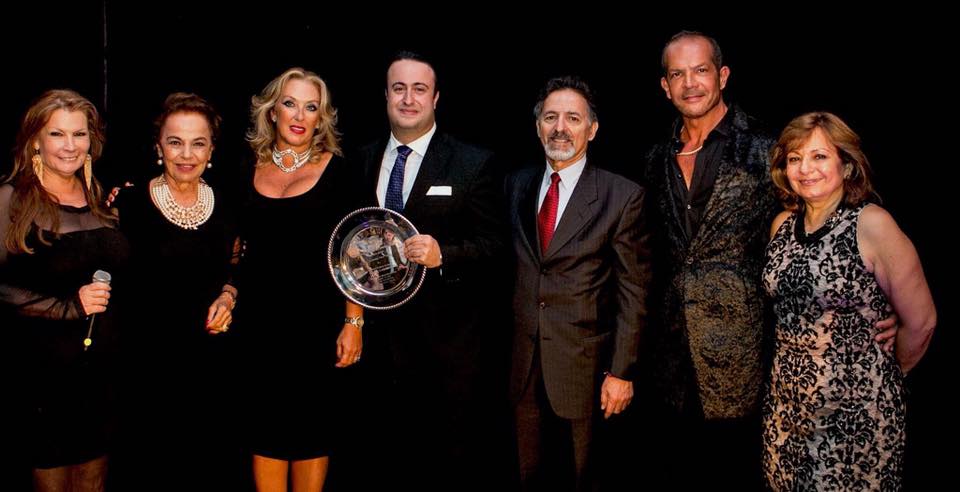 The Anthony R. Abraham Foundation was proud to have been an Underwriter of the Rene Moawad Foundation October 15, 2016 “Giving Hope… Making a Difference” Gala. Were so blessed for two amazing woman Mrs. Rima Otrakji, Gala Co-Chair , Ms. Michele Gillen and Dr. Gallo, Master of Ceremonies.
It was indeed a generous and most rewarding gift for all of us to witness RMF presenting Mr. Alexander Asseily Founder of Jaw Bone a High Tech Company with the Distinguished Lifetime Achievement Award and breath taking Fashion Show featuring designs created by International acclaimed Lebanese Fashion Designer Randi Zakhem.
Michele Gillen said it right, “this was such a meaningful night sharing the passion and path of the Rene Moawad Foundation which is devoted to finding paths toward peace while rescuing the most vulnerable and rebuilding lives. It was my honor to introduce the inspiring former First Lady of Lebanon, H.E. Nayla Moawad, who carries on her husband’s legacy with grace and determination. He was a leader committed to dialogue and a belief in unity and the sanctity of humankind -no matter apparent walls, obstacles and differences. While he was assassinated just 17 days after his election, the seeds of his mission did not vanish. I find his words worthy of reflecting upon today. Well done Thomas Abraham, loving family and terrific team.”
“There can be no country or dignity without unity of the people, and there can be no unity without agreement, and there can be no agreement without conciliation, and there can be no conciliation without forgiveness and compromise.” – President Rene Moawad
Thanks to all the supports for such an amazing night.
GodSpeed!
Thomas Abraham
Chairman
Anthony R. Abraham Foundation 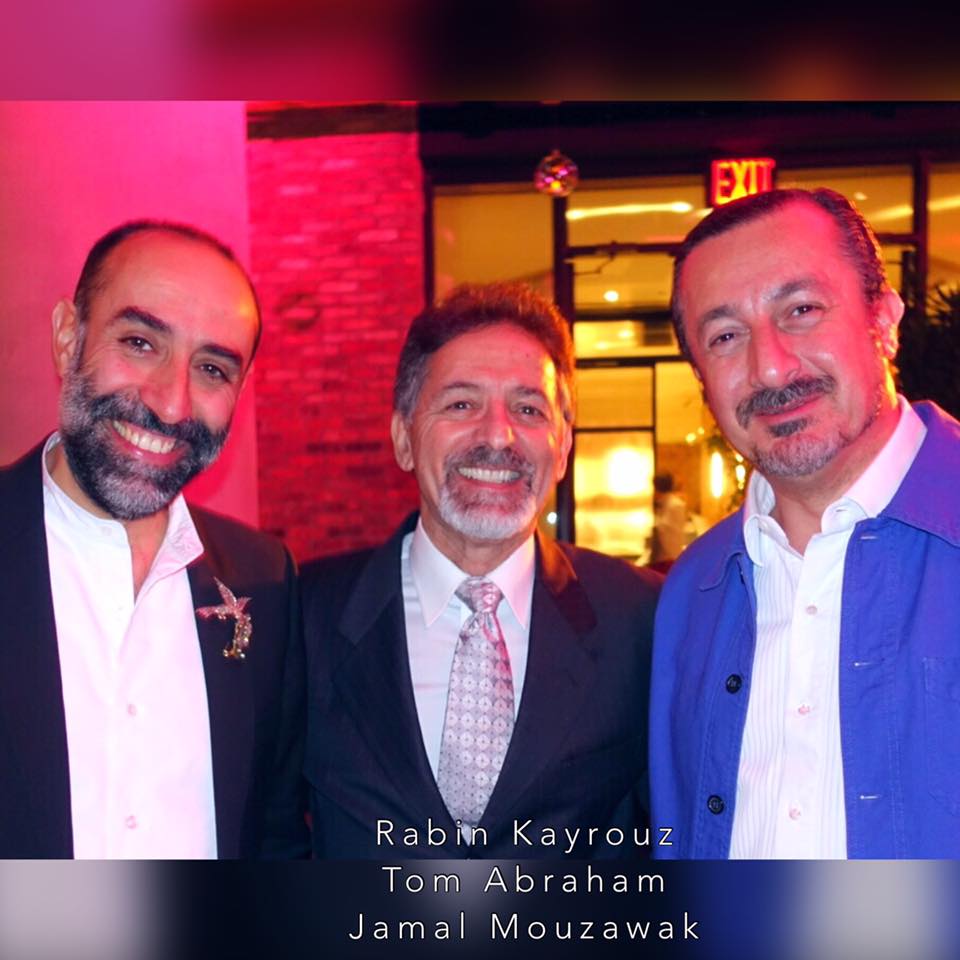 In Search Of Hope
SEAL( Social & Economic Action For Lebanon)
SEAL 2016 Gala NY
In a time when the world is embattled in conflict of how to deal with the Syrian refuges I am proud to say that the Lebanese government and the hundreds of charitable organization inside Lebanon are working hard to help the over 2 million refuges housed inside the boarders of Lebanon.
SEAL is working hard in implementing grass roots programs and supporting underserved Lebanese communities in Lebanon. It is SEALS Believe that empowering people to create economic opportunity for themselves is the best way to make a substantial impact on their lives and those of their families.
On behalf of the Anthony R.Abraham Foundation I want to congratulate George Bitar President, Victoria Lupton, Executive Director and Board of Directors of SEAL on celebrating their 19 years of commitment to empowering the lives of the Lebanese who are facing serve challenges in the wake of dealing with the severe consequences of the Syrian refugee crisis within their borders.
We also want to congratulate the two Honorary’s Rabin Kayrouz Fashion Designer and Jamal Mouzawak for their progressive career and contributions to their Homeland.
The Abraham Foundation is proud to attend your 2016 Gala in support of your empowerment projects that enable Lebanese citizens to continue to work and live within their villages in sub staining the economic echo system with in their homeland.
We are Committed to continue to support SEAL and the empowering projects that have become symbolic of the Spirit of Lebanon.
GodSpeed!
Thomas Abraham
Chairman
Anthony R. Abraham Foundation